Top 50 Compliments to Give Men 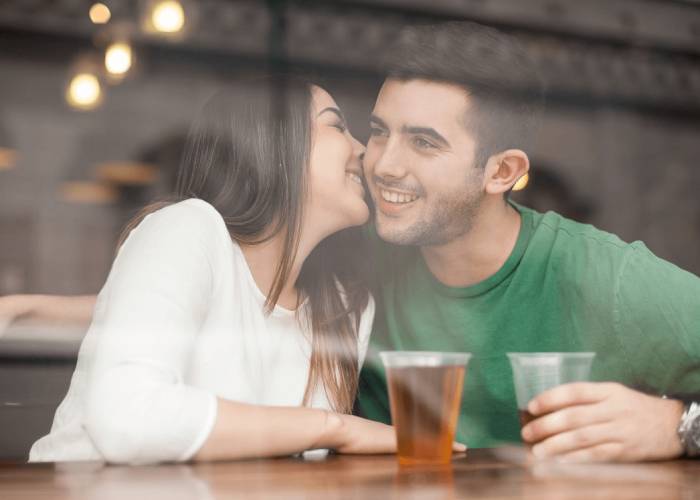 Men like to receive compliments just as much as women do. Although women don’t feel as much pressure to compliment-bomb men, your words and thoughts about his personality, looks, sense of style, his taste – all of these things do matter to him. You can boost his ego with some well-chosen words, delivered with a smile.

But where to start? If you’re not proficient in complimenting the opposite gender, first note about what exactly he’d like to receive encouragement. As with men shelling out compliments to women, there are a few do’s and don’ts when it comes to giving men the right compliment. Here are some tips to get you started.

Do know what he’s most proud of. Does the guy you like believe he’s got the best taste in music on the planet? Does he grill up a mean barbecue? Does he strive to make you laugh? Does he think he’s a genius? Knowing your guy’s strengths as well as he does – and knowing which of these strengths he’s most proud of – will guide your complimentary ways. When you know where his pride lies, you can reinforce it by complimenting an attribute in that arena.

Do know his vulnerabilities. Another tactic is to know his weaknesses. What does he feel inadequate about? Does he not feel brave enough, strong enough, or ‘man’ enough? Men’s egos can easily be bruised, so giving your guy an ‘attaboy’ with a well-timed or well-placed compliment in an area in which he’s vulnerable can give him an ego-boost like none other. And his newfound confidence is just another thing you can shower with compliments.

Do deliver your compliment with sincerity and a smile. Your delivery is nearly as important as the words you’ve chosen. Hold his gaze and smile when telling him how awesome he is. He’ll see the sincerity in your eyes, making the exchange a moment to remember.

What NOT to Do

Don’t use lines. No guy wants to hear something you keep in your back pocket. Just as you would, he’d like words that are original and custom-made for him. Instead of doling out the same line you do to all guys, choose his most distinguishing feature and spin your compliment in a unique way. For instance, avoid the all-too-familiar, “You’re funny,” and instead remark, “Every time you say something, whatever I’m drinking shoots out my nose.” Be original. Be personal. Be genuine.

Do NOT give backhanded compliments. Although you may not intend your compliment to be taken the wrong way, it might be if you don’t think it through. For example, if you tell a guy he “looks more muscly than usual,” the compliment indicates he doesn’t normally appear strong. Instead, just tell him he looks good; there’s no reason to imply he sometimes doesn’t.
Follow these do’s and don’ts of complimenting, and you can turn your guy’s day around. With sincerity, a smile, and some thoughtfulness, you’ll boost his confidence and make him feel like a million bucks.

If you still don’t have enough time or creativity, use some of these time-tested compliments every guy loves to hear: